NINA WESTER is a playwright and theatre director. She studied at Dramatiske institutet in Stockholm and now works in Norway and Sweden with contemporary drama. Wester won the national theatre award Hedda for her production Vi som er hundre (“We who are a hundred”) in 2010. Formerly a artistic director at the regional Hålogaland theatre in Tromsø from 2013 to 2016, she is now a freelancer based in Oslo. Wester is also a board member at Writer’s Guild of Norway. 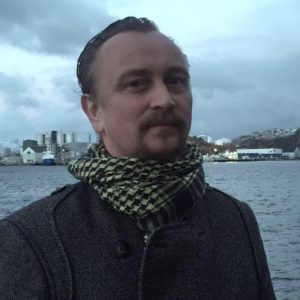 MAGNE PETTERSEN is screenwriter, director, and CEO of Retriever Film. Originally from Sandnessjøen, Norway, he has written and directed ten short films and seven music videos since 2000, and over the last ten years he has developed four feature film projects, some in collaboration with Zentropa and with Evil Doghouse Productions. Magne taught writing and directing at the Noroff film school in Oslo from 2011 to 2019, and he worked on Roy Anderssons feature film “You, the Living” in 2006.