Here are this year's winners!

The Golden Chair for best film in four categories and several other awards have been handed out at the 44th edition of the Norwegian Short Film Festival. See all the winners here.

This year's awards ceremony was streamed online from the festival's studio in Oslo. Several of the winners were present to accept their awards.

And the winners are...

The Golden Chair for Best Norwegian Short Film
THE WONDERS BENEATH THE SEA
Directed by: Ellen Ugelstad

Jury statement: Immersed in an intimate and surreal setting, the jury was so impressed by the strong filmmaking and wonderfully subtle and nuanced performances that allow the audience to experience the history and generational differences of these two women. Within the context of their relationship, we not only examine what it means to help others, but what it means to be a human being in today’s society.

The Golden Chair goes to The Wonders Beneath the Seadirected by Ellen Ugelstad. The award comes with a cash prize of 50 000 NOK given by The Norwegian Short Film Festival.

The jury is very pleased to give an honorable mention to a film that delighted us with its sharp and satirical take on the gulf between the high ideals and the mundane realities of Europe as a community. The director impressed the jury with her deft handling of complex themes alongside moments that were equally rich for their absurdity. This honorable mention goes to Play Schengen by Gunhild Enger.

Jury statement: The jury would like to award the Terje Vigen Award to a film that merges fiction and real life in a story that gives no easy answers, but instead allows the audience a glimpse into the desperate struggle to save a loved one. Using a visual style that wraps its protagonist in a dark and wet night full of distorting surfaces, and working with non-actors playing versions of themselves, the filmmakers have made a film that is strong in style and deeply humanistic in nature.

The Terje Vigen Award goes to Mamma, directed by Aslak Danbolt. The award consists of an artwork by Harald Oredam and 10 000 NOK.

Jury statement: The Golden Chair is awarded to a film that is courageously personal, unflinchingly honest, with a radical emotional generosity. A multi-layered reckoning with trauma, and the way it hides in plain sight.

The Golden Chair for Best Short Documentary goes to My Uncle Tudor by Olga Lucovnicova. The award comes with a cash prize of 50 000 NOK awarded by Aftenposten.

A film that captivated us due to its strong cinematic approach to a generation in Medellin, Colombia, that is now killing itself. The filmmaker created an extraordinary atmosphere in the intersection of friendship, violence and drugs that makes us very excited about his future projects.

The International Short Film Jury is pleased to award an honourable mention to Son of Sodom by Theo Montoya.

Honourable mention 2:
The Communion of My Cousin Andrea
Directed by: Brandán Cerviño Abeledo

The second honorable mention goes to a film that captured our heart with its humorous approach to universal predicaments. This film depicts not only a little girl’s communion but a whole generation’s attraction to popular culture.

The International Short Film Jury is pleased to award an honourable mention to The Communion of my Cousin Andrea by Brandán Cerviño Abeledo.

Jury statement: A powerful and authentic film experience. Rarely has nightlife been captured with so much realism as in this short film. During a night out at a techno club in the outskirts of Paris, we meet a young transgender person and a group of friends. The film is a rave party of emotions and moods, from energetic and euphoric to painful and melancholic, in a search for intimacy and affirmation and the need for finding your identity in a peaceful way.

It has not been an easy decision to choose just one film in a selection that includes everything from strong narratives to the fully abstract and experimental, but we all agree that this year’s Golden Chair for Best International Short Film should go to Dustin by Naïla Guiguet. The award comes with a cash prize of 50 000 NOK awarded by The Norwegian Short Film Festival

In a therapy session, where a young girl talks about a nightmare that repeats itself, the medium of film and its ability to enlarge and amplify is used to the fullest. The film’s focus on body language, details and use of sensory realism enhances the dialogue and invites the audience to read between the lines.

The International Short Film Jury is pleased to award an honourable mention to Dream by Santiago Sánchez.

This music video draws us into Wachito Rico's universe. It captures a wonderful nostalgic aesthetic with its cast, costumes and set design. It is playfully unpretentious and self-aware in its use of classical techniques such as freeze frames, fronts and a humourus voice over. Hey Girl is a simple, sweet story about a charming main character who faces challenges, but who gets it together and ends up winning the girl. Hey Girl is perfectly balanced, and the music fits beautifully. Its charm and quirkiness brings the video together and makes us want to watch it again and again

The Golden Chair for Best Music Video goes to Boy Pablo: Hey Girl – directed by: Eivind Landsvik. The award comes with a cash prize of 25 000 NOK given by HQartist.

Sebastian Kåss and Lokoy brings us on rollercoaster of emotions. It's fun, surprising, challenging and little painful. Each scene is more challenging to the viewer and the story ends on a high note.

The Spark Award
Presented by Altibox

WHY ARE YOU BLACK?

Jury statement: This year again, the Gnist jury has watched a lot of nice short films! We can clearly observe that a specific short film language is emerging. We have enjoyed current affairs, humour, and surprising stories!

Many of the films are expressing exactly what we are looking for. Passion, playfulness and courage in the creation of film.

This year’s winner is characterized by the director’s experience with actors and as a scriptwriter. The subject is important - it applies to both the elderly and those with darker skin. The filmmaker builds a large universe with characters we feel we get to know, even if we only meet one of them. The film is only a few minutes long, so this testifies to the great steadiness of the film craft.

This story has become personal, funny, sad, touching, and thought-provoking.

We have the honour of presenting the Gnist Award to Julie Skaufel for the film Why Are You Black?.
The award consists of a 25 000 NOK cash prize awarded by Altibox, as well as marketing and distribution of the film on Altibox' streaming platform.

Jury statement: In a poetic and credible way, this year’s winner hits our contemporary culture on the spot, as it thematizes grief and young, female solitude. Without getting too obvious, the story develops with multiple layers and sticks with us. The camera focuses on the female main character, that is played with an unusual authenticity and sensibility – a first class acting effort. By the art of suggestion tragedy and hope are drawn up for us. Through a meeting with another outsider, the main character can glimpse the summer light again.

This year’s fiction short films hold a remarkably high level. The potential winners have been many. We would like to give an honourable mention to Before Long, directed by Sylvia Le Fanu.

The Hourglass Award
Given by The Writer’s Guild of Norway
Anna Lian for the screenplay of HEADWIND
(directed by: Jon Vatne)

This year’s winner of the Hourglass is a political feelgood film with wit, sting and heat. The story is a wrestling match between two characters, each with their own clear goal; she is a fresh and fearless steam engine, while he does his best to get her on new tracks.

The film has a delightfully unpredictable development. Each line peels a new layer of the characters, and their relationship. The film has a precise set-up, surprising twists and a deliciously, liberating ending.

The film is written by someone with a clear passion for the theme at hand. At the same time this year’s winner still feels exceptionally free, effortless and loose, but first and foremost it is rooted in a solid and well-crafted script that is anchored in the specific environment, theme and dialogue.

This year’s winner shows that even without a large and extensive production, you can create a complete film narrative as long as you have a great script, a dedicated crew and a box of homemade chocolate cake.

The Hour Glass Award and 15 000 NOK is awarded to Anna Lian for the screenplay of Headwind.

Jury statement: This is a film that profoundly moves us, with the editing seamlessly combining several different elements, creating a complex world and a deeply thought provoking story.

The Norwegian Film Workers Association’s Technical Award goes to Lisa Enes and Lilja Ingolfsdottir for the editing of The things I wish you had told me, but never will. .

This film is a result of excellent performances by everyone involved. Through an elegant mix of realistic and expressionistic elements, the sound design enhances the film’s thematics as well as our understanding of the main character’s perception of herself.

The strong and poetic collaboration between the cinematographer and the gaffer in this film is impressive. The way the lighting sculpts an intimate room around the dancers creates a narrative of its own. 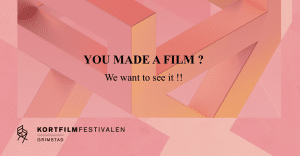 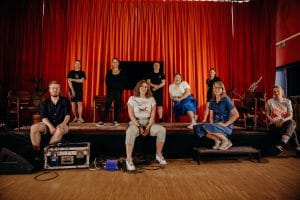 Takk for i år! 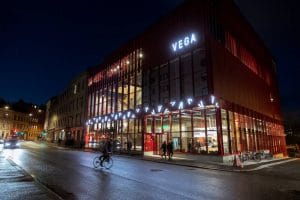 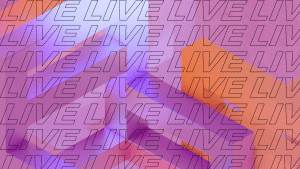