And so our work has come to an end. Our mandate as a selection committee for this year’s Norwegian Short Film program has been to look for quality, originality, innovation, diversity, and films that are able to speak to an audience. We have included films with great variety in terms of genre and topics, and we have included works by established filmmakers as well as by first-time directors.

The 42 films in this year’s program prove that diversity is part and parcel of what we call quality; that paying attention to one does not mean overlooking the other; that maintaining high standards of curating while at the same time showing diversity with regards to representation, themes, form, and content is indeed possible; and that an attractive program audience-wise can include minority as well as majority filmmakers. An increasing number of the films that were submitted for this year’s edition are made by, and featuring, cultural minorities in ‘mainstreaming’ roles. Many new filmmakers choose work with new actors, in collaborations that exude energy, talent and creativity.

Furthermore, our selection includes good films by directors from all over Norway. And the fact that films directed by women make up almost half of the final selection reflects the successful measures taken towards greater gender equality in Norwegian cinema over the last few years. In light of recent debates about #metoo issues, we have also identified a new and refreshingly outspoken approach to questions of gender. A young generation of filmmakers take on topics related to gender with humor as well as with rage, and instead of beating around the bush they dare to speak directly, oftentimes in a playful and invigorating cinematic language. This is perhaps the clearest tendency among this year’s submissions, and it is represented in several films in the program. Another tendency is films about children, both funny and poignant ones. Perhaps this could lead to more original feature-length films for children and youth in the future? Other recurring themes include parent/child relations, films about young couples, as well as some films about excursions into nature that do not go as planned.

Half-way through our viewing process, the gravity of the covid-19 pandemic set in. It confined each of us to watching more than 200 films on our own, without the opportunity of being present together in a meeting, and not least without the visceral and tactile experience of watching films in the cinema. This situation has been far from ideal, and it has made it painstakingly clear to us that no technological solution can ever replace or compete with actual human contact, and with common experience and communication.

You, the audience of this year’s festival, will also have to experience these films from your own homes, and separate from one another. However, this process has also shown us that these films have the power to engage, fascinate, and frustrate, and to bring us together in lively discussions, despite the physical distance and the absence of a big screen and a shared physical space. We hope that you will have the same experience, and that the online discussions about cinema as such - and Norwegian short films in particular - will continue in all available channels until we are able to meet again.

We also hope that you will find pleasure, meaning and inspiration in your encounter with these films, and that they will contribute to opening new avenues of possibility, for realities and stories in a diverse Norwegian society. 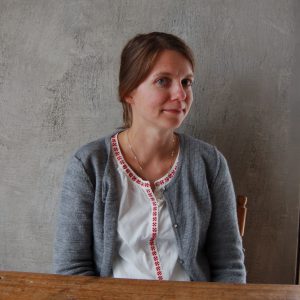 Jannicke Systad Jacobsen is a director and screenwriter. She studied in Prague, London, and Oslo, and has made several short films and documentaries, including War on Paranoia (2003) and Sandmann: The Story of a Socialist Superman (2005), which was nominated for the Golden Screen Award. Jannicke's feature film debut Turn Me On, Dammit! (2011) received the award for Best Screenplay at the Tribeca Film Festival. Her second feature 110% Honest was released theatrically in 2019. 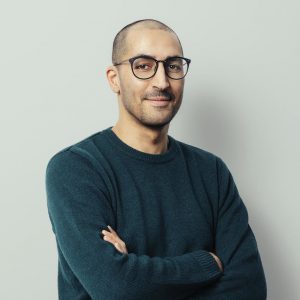 Ali Parandian is a Norwegian-Iranian filmmaker, born i Tehran and raised in Norway. He studied at The Norwegian National Film School 2007 - 2010. His fiction film debut No Man is an Island (2017), received the Amanda Award for Best Short Film in 2018. He is currently editing his feature film debut, and a short film by his own company Anicca Pictures, in addition to developing his second feature film with Oslo Pictures. 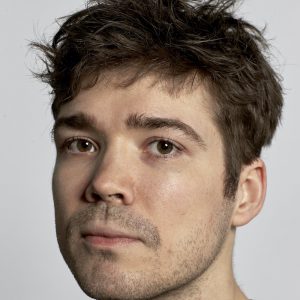 Truls Krane Meby is a self-taught filmmaker based in Berlin and Lofoten in Norway. He made the award-winning short films Grep, Good Machine Gun Sound, Worldwide Woven Bodies and Mobile. At the moment he is in the process of finalizing his first feature film.