As a genre, the documentary film is in a unique position, situated between the tension between the filmmakers' own experiences and sensibilities, and the pretenses of reality. Between what the truth demands and necessary aesthetic choices. But it has one basic characteristic: It strives to convey something true about our lived, historical world.

In the time we spent watching this year's submitted films, we experienced dramatic changes in this reality. These upheavals have caused a slight variable in our gaze, a consciousness about a before and an after. In a way, the films selected, all completed prior to March 2020, represent a window into another world.

This world has not been lost. Especially in a time where the news more and more resemble a fiction film and we sit in isolation in the echo chamber of our home offices, we need the documentary film's ability to open our windows and shine a light on parts of reality we otherwise would not have been exposed to.

We have selected the films that helped us discover new stories, places, and ideas. Films that are visually daring and have something to say about the world. Films that are very different in form, but in our opinion what they all have in common, is the ability to initiate a deeper conversation about the societies we live in. These are films that will both entertain and provoke.

Especially in the Norwegian selection did we see a noticeable level of diversity and quality in expressions and strategies. We have seen powerful films capable of combining a heartfelt need to tell a story from a global point of view.

We wish to thank The Norwegian Short Film Festival and all the filmmakers for their contribution.

Chloé Faulkner is a French-Canadian film worker based in Oslo. She has a master's degree in Political Science from Sciences Po in Paris and London School of Economics. Faulkner has previously worked at the French Institute in London and Institut Français at the French Embassy to Norway. She has also been involved in the Films From the South festival in Oslo, both as a film- and festival coordinator and as part of the festival's program committee. Since 2013, she has been the Head of Booking at The Norwegian Federation of Film Societies and contributed to the film industry magazine Z as a writer and critic. 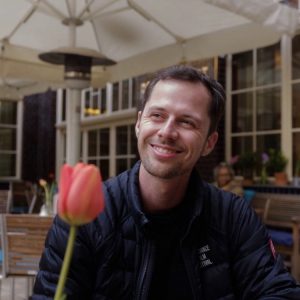 Maximilien van Aertryck is a French/German/Swedish filmmaker working at Plattform Produktion. With his partner Axel Danielson, he directs and produces both feature length documentaries and short films. Their short films have premiered in official competitions at Berlinale, Cannes, Sundance and Toronto, receiving several awards. Their films aim is to have a critical and humorous approach, and are distinguishable through their theme-based rather than plot-driven narratives. Their short film Ten Meter Down has been seen by millions through the New York Times' Op-Docs website and was shortlisted for both the Academy and Emmy Awards in 2018.