The winner of the Golden Chair for Best International Short Film is awarded 50 000 NOK. 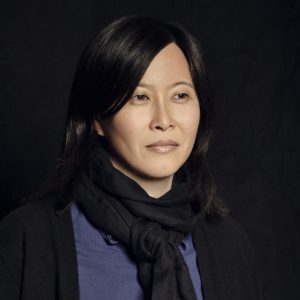 KIM YUTANI is the Director of Programming of the Sundance Film Festival, a role she assumed in 2018. She began programming short films for the festival in 2006, and became a feature film programmer in 2009, focusing on US and international fiction feature films, overseeing short film programming, and working on the festival’s Offscreen panels and conversations. She was instrumental in creating Sundance Film Festival: Hong Kong.
She represents Sundance internationally, serving on juries, speaking on panels, and working to cultivate relationships with film commissions, industry, and artists around the world. Since 2014, she has also overseen a collaboration with the Berlinale’s European Film Market - housed within the Sundance Film Festival at EFM program - which has provided exposure and sales opportunities for Sundance films immediately after world-premiering at the festival.
She started her programming career at Outfest Los Angeles, one of the world’s leading LGBT festivals, where she was the Artistic Director and the Director of Programming. She was a programmer for the Provincetown International Film Festival, has been a reader for Creative Capital, and was on the short film nominating committee for Cinema Eye Honors.
Prior to her film festival work, Yutani was a film critic and freelance journalist focusing on independent film. She got her start in the industry as assistant to the director Gregg Araki. 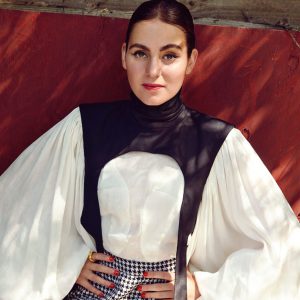 VICTORIA CARMEN SONNE got her degree from The Danish National School of Theatre in 2016. She was immediately cast in Rasmus Heisterberg's IN THE BLOOD, a role for which she won her first Bodil, the Danish Critic's Award.
In 2017, she went on to star in Hlynur Palmason's festival hit, WINTER BROTHERS and won a Robert Award for her performance. She received much attention and critical acclaim for her performance in Isabella Eklöf's HOLIDAY, which world premiered at the Sundance Film Festival 2018, and for which she won her second Bodil Award, among others.
She has since starred in films such as NEON HEART and Marie Grahtø's PSYCHOSIA, which premiered at the Venice Film Festival in 2019, and in the upcoming MISS OSAKA, directed by Daniel Dencik.
In February this year she was chosen as one of the European Shooting Stars 2019 during Berlinale, Berlin International Film Festival.

HÅVARD GOSSÉ has a degree in film from the Norwegian University of Science and Technology (NTNU), and is an established and active producer based in Trondheim, Norway. Through his company Spætt Film, he has produced numerous short fiction and documentary films, including the Amanda Award nominated FOUL (2014), directed by Rune Denstad Langlo.
For his work in the regional film industry, he received NTNU's Film Award during Kosmorama International Film Festival 2020, and earlier this year his short documentary TRAIN ROBBERS (Togrøvere, Martin Walther, 2019) screened at Clermont-Ferrand International Film Festival.