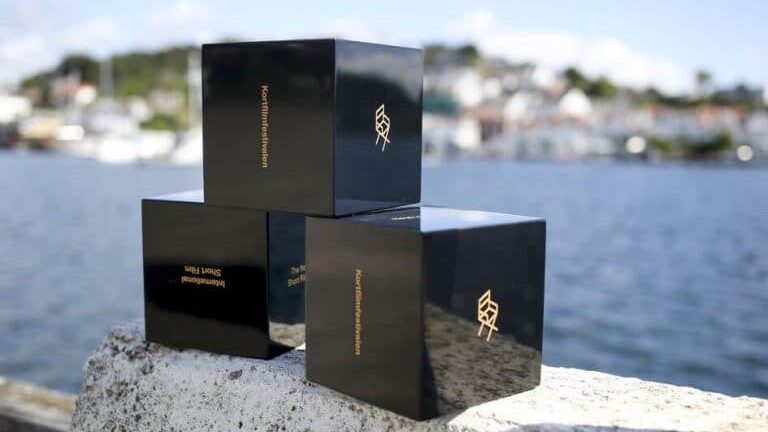 The 45h edition of The Norwegian Short Film Festival has come to an end, and what a blast it has been.

Not only have we had the enormous joy of gathering film enthusiasts from all over the world in Grimstad, but the response on this year's program has been outstanding. After many hours inside the cinema rooms of Kulturhuset, the juries have had their final discussions and agreed upon the winners of this year's awards. Here are all the statements of the juries.

The winning film makes through a simple story the use of a confined space, expanding it with the tools of cinema. It has an elegant approach to the main character's anxiety. With precise editing and a good sense of staging, this horror film creates an exquisite allegory of alienation. We also want to praise the film for one of the best acting performances of the year by Hamza Kader.
Gullstolen går til WALAAC, regissert av Carl Georg Rødsten.

We would like to give special mention to a highly energized, stylistic and satirical short. The exposition of which effectively uses black comedy to discuss the subject of toxic masculinity, delivered in a way that is highly entertaining and palpable for the audience. The jury awards an Honorable Mention to BABY BOOM, directed by Thomas Lunde.
Juryen deler ut hederlig omtale til BABY BOOM, regissert av Thomas Lunde.

It takes skills and a level of sophistication as a filmmaker to construct seemingly random observations about oneself, to make a personal film that is also about all of us in different stages in our lives.
This film resonated with the jury in its portrayal of themes including aging, loneliness and death, told with a sharp observational sense of humor.
The Terje Vigen Award goes to MORE WOMAN, MORE CRY, directed by Anne Haugsgjerd.

In addition to the winners of the Golden Chair and the Terje Vigen award, the juries have also decided that OBSERVATION directed by Christoffer Lossius also will be shortlisted for an Amanda nomination.

For its delicate and complex observation of faith, its humour and warmth in the face of disharmony between love and tradition, its unforgettably talented and devout participants, and its rigour of craft - we award the Golden Chair to LIGHT YEARS, directed by Monika Proba.

For its stunningly original artistry, its sweeping imagination applied to most human of stories, its breathtaking honesty, daring playfulness, and for the hope it instilled in all of us, we award an honorable mention to LOVE, DAD, directed by Diana Cam Van Nguyen.

Seemingly simple, this surprisingly dense film makes us question inherited codes of obedience. The mundane dilemma of crossing the road on the red becomes a crisis between structure and chaos. The jury awards the Golden Chair to THE HUMAN TORCH, directed by Risto-Pekka Blom.
Gullstolen for beste internasjonale kortfilm går til THE HUMAN TORCH, regissert av Risto-Pekka Blom.

A film where the theme and subject aren’t forced upon us, this film assumes its own identity and that of its characters. The jury awards an Honorable Mention to the flamboyant, colorful, and relevant TANK FAIRY, directed by Erich Rettstadt. 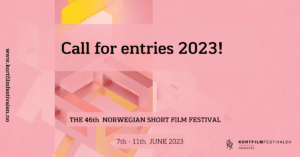 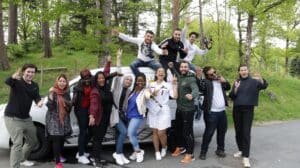 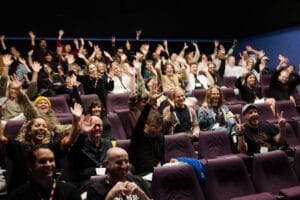 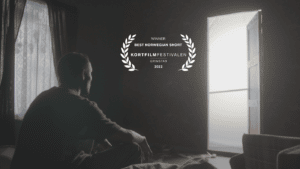